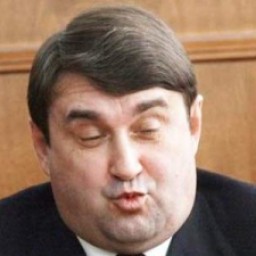 Igor Levitin (born 21 February 1952, the Odessa Region) did his compulsory military service in Odessa and in Budapest, Hungary (with the Southern Group of Forces) in 1970-1973. In 1973 he finished Leningrad College of Military Railway Forces. In 1983 he graduated from the Military Academy of Logistics with the degree in engineering of communication lines.

In 2004 he became transport minister in the government of Mikhail Fradkov. The cause of Levitin’s considerable promotion remains unknown. He maintained his portfolio in the cabinets of Viktor Zubkov and Vladimir Putin.

Late in October 2008 he was elected the chairman of the board of directors of Aeroflot JSC.

Medal “for the development of railroads” (2008)

Seraphim of Sarov Order of the Russian Orthodox Church (2010)

Despite the prohibition laid down in the Article 11 of the law «About the Government», he held the posts of chairman of the board of Sheremetyevo International Airport JSC and Aeroflot JSC.

He was on the governmental commission for the railway reform. He was a member of the board of United Aircraft Building company or OAK JSC.

Hardly had Levitin got used to work in the government, he began to put his people in the regions. Anatoly Savkin, former director general of Portovy Flot Closed JSC, chaired the St Petersburg branch of Rosmorport state-run seaport company. In 1994 Portovy Flot and companies affiliated with Ilya Traber seized the largest holding of shares of St Petersburg Sea Port JSC and loading births of the Baltics Shipyard (or BSMZ), i.e. the coniderable part of seaport facilities of St Petersburg.

In 2008 the prosecutor general accused Evgeny Bachurin, head of AiRUnion airline alliance, of bringing AiRUnion alliance to crisis. Earlier Bachurin made a number of statemnets about deep crises of airways in the country and was highly critical about minister Levitin.

On 26 June 2010 they closed the route section of the Leningradskoye Hihway. At the same time the exit from Mezhdunarodnoye Highway (leading to Sheremetyevo airport) to Moscow Ring Road was also closed. It resulted in enormous traffic jams. The traffic in Leningradskoye Highway and nearby byroads stopped. After personal interference of Vladimir Putin in the situation, part of the barriers were removed.

This transport collapse concurred with the official visit of the delegation from the European Bank for Reconstruction and Development and a serious of rallies hold by environmental activists: the activists claimed that this collapse was «artificial» and was made up to persuade the government into taking the side of the ministry, not the ecologists.

Experts from the European Bank for Reconstruction and Developmentand Transparency International said that the officials used such «barbarous» methods to convince the foreign investors of the necessity of building toll highway, alternate to Leningradskoye Highway.

North-West Concession Company built St Petersburg - Moscow toll highway through the Khimki Forest. H-Trans company had 50% of shares in the company. It is not a secret that Igor Levitin worked for Severstaltrans (later renamed to H-Trans), first as a head of railway transportation department, than as a deputy director general. Levitin was reported to play a key role in acquisition the controlling interests in Taganrog and Tuapse seaports by Severstaltrans.