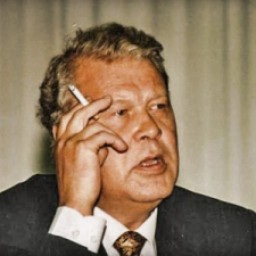 Vladimir Kadannikov (born on 3 September 1941, Gorky, now Nizhny Novgorod, Russia) combined study at Gorky Polytechnic Institute (accepted in 1959) with work at Gorkovsky Automobile Plant, or GAZ, as an aide to car assembly line support engineer (until 1960). He graduated as an engineer and mechanic and was again accepted to GAZ plant as master of a press house.

Since 1967 Kadannikov worked for VAZ plant (Volzhsky Automobile Plant). He started as a deputy head of press working line and was promoted to the head of the plant's design center.

On 20 December 1988 he was elected the director general of VAZ plant (Volzhsky Group for Passenger Car Production).

1989-1991 member of the Congress of People's Deputies of Russia, predecessor of modern Russian Parliament

In January 1993 Kadannikov was named the director general and chairman of the board of AvtoVAZ JSC.

On 27 October 2005 he left the position of the chairman of the board of AvtoVAZ, reaching the pension age.

Until February 2011 Kadannikov was the chairman of the board of private National Trade Bank (NTB).

Order of Merit for the Fatherland 3rd Grade (1995)

Order of the Red Banner of Labour

Kadannikov has a number of scientific papers published. He is an honorary professor of Samara State Technical University and Nizhny Novgorod Polytechnic University.

During 1978-1979, former minister of electro technological industry of the USSR and top manager of AvtoVAZ Aleksandr Dolganov introduced Boris Berezovsky to the criminal scam of selling stolen spare parts from the AvtoVAZ plant. Berezovsky worked with the head of spare parts warehouse - an Aleksandr Zibarev. Later Berezovsky met Kadannikov. Their strong friendship resulted in the development of Berezovsky's enterprise - now he could steel the whole container of spare parts and even assembled car. In 1989, when Berezovsky set up LogoVAZ, Zibarev and Kadannikov were among the company's founders. Another partner was Badri Patarkatsishvili, deputy head of a Georgian AvtoVAZ repair service company - AvtoVAZ-tekhobsluzhivaniye.

The car plant was a bonanza: AvtoVAZ produced 2200 cars per day. Berezovsky was linked to the top managers of the company, but now he preferred to give orders and did not appear at the plant. He needed a train of car… A phone call, and he had it! Nothing wrong with the papers, and the cars were ready to be sold.

In April 1989 the company with little known name LogoVAZ was created as AvtoVAZ 69th joint enterprise.

Kadannikov and Aleksandr Zibarev, senior managers of AvtoVAZ, responsible for car repair service, distributed the shares of LogoVAZ in the following way: 50% of shares went to Italian Logo System (the company managed automation at AvtoVAZ), 45% went o to AvroVAZ (the plant, its repair service branch called AvtoVAZ-techobsluzhivaniye and two regional branches in Dniepropetrovsk (Ukraine) and Georgia), the rest 5% went to the Institute for Problems in Management (a Boris Berezovsky’s front).

In the result of privatization of LogoVAZ, three people became its major individual shareholders: Berezovsky (7.7%), Kadannikov (6.7%) and Zibarev (6.7%). Other people got minor stakes or close to nothing.

In May 1995 general director of AvtoVAZ Vladimir Kadannikov and governor Konstantin Titov of the Samara Region signed an agreement on offsetting AvtoVAZ car plant's tax debts. AvtoVAZ issued 2323 certificates, worth 60b roubles, promising to redeem each certificate with a car. The bonds were handed over to the administration of the Samara Region as a repayment of the portion of the company's debt, amounting to the same 60b roubles. A month later, on 15 June 1995, Titov swapped the certificates for 6% stake in LogoVAZ. LogoVAZ redeemed the securities, and got 2323 cars.

Regional prosecutors opened a probe into the deal. They demanded that the financial obligations of AvtoVAZ should be restored and AvtoVAZ should pay taxes. According to the conclusion of the prosecutors, AvtoVAZ did not hand over the certificates to the administration of the Nizhny Novgorod Region. No papers, proving that fact, were ever found. In addition, there was no legal basis for AvtoVAZ to offset its debts with securities.

Vladimir Kadannikov has never been included in the Forbes’ list of the richest Russians. Sources in AvtoVAZ said that Kadannikov’s stake in the company was not a big one. According to the official papers of the company, as of 2005 he owned 0,005% of shares worth only $34,000.

Having left AvtoVAZ in 2005, Vladimir Kadannikov continued his financial affairs. He bought 70% of shares of Togliatti-based National Trade Bank (NTB). The bank provided suppliers and dealers of AvtoVAZ with financial services. The price for that stake could be $50-70m, according to the estimations.