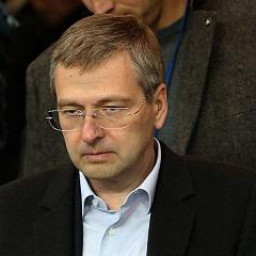 Ekaterina Rybolovleva, the daughter of Russian oligarch Dmitry Rybolovlev, who bought the most expensive Manhattan apartment at the end of December last year, gets rid of the furniture and equipment left by former owners, the family of Citygroup CEO Sanford Weil. This is reported by the publication Life News.

... Rybolovleva, according to managers of the residential complex 15 CPW, in which the apartment is located, ordered to throw everything that was in the apartment.

Special dislike for the daughter of the oligarch was caused by the toilet bowls installed in each of the six latrines: Rybolovleva ordered them to get rid of them first of all, despite the fact that before the sale of the apartment the former owners completely renewed the plumbing. The cost of each toilet is about $ 3 thousand. Unnecessary items are left directly at the garbage tank outside the complex.

02.02.2012., News service RUNYweb., Daughter of the oligarch Rybolovlev throws expensive garbage out of the Manhattan apartment for $ 88 million.

In my opinion, two main periods in the life and career of Dmitry Rybolovlev can be described, based on the materials of two criminal cases. The first of them is the case of contract killing, within which Dmitry Rybolovlev spent several months in jail, and then was acquitted, including by the Supreme Court. (However, in Perm and not only there are rumors that the alleged criminal trial can be resumed if new circumstances suddenly open.)

The second case was not initiated after a major accident in Berezniki in 2006, due to which about two thousand families have not had a normal roof over their heads for ten years. The first episode refers to the era of capital accumulation, and the second - to the sublimation of capitalization and cache exit.

10/05/2016., Novaya Gazeta, Rybolovlev, who dropped the scales. The way to the billions goes through the SIZO.

Rybolovlev does not skimp on gifts for his daughter. Three years ago, the oligarch purchased the most expensive apartment in New York for a heiress - a 10-room penthouse for $ 88 million. Then Catherine received as a gift the island of Scorpios in the Ionian Sea, owned by Aristotle Onassis. The new ownership of Rybolovlevoy over a mile long was bought by the father for $ 126 million. On the island, the body of the first owner of Onassis is buried, and on the seashore is the famous Pig House, in which the paparazzi captured the naked Jacqueline Kennedy.

10/22/2015., Life.ru., The daughter of the oligarch Rybolovleva played a wedding on a personal island in Greece.

Elena Rybolovleva. According to the latest data, divorce compensation for twenty-one years of joint life will not amount to four and a half billion dollars, which the mother of the "forbes" (the former spouses had two daughters - 26-year-old Ekaterina and 14-year-old Anna) counted, but only six hundred million. This, by the way, is even less than the eight hundred million originally offered to Elena, from which the blonde proudly refused in the hope of winning half of her husband's fortune.

Now Bedzhamov disappeared in England "for treatment", while in Monaco and Russia rumors spread that he was involved in the miraculous liberation of Russian billionaire Dmitry Rybolovlev. The version, which in the above-mentioned article was voiced by Novaya Gazeta, is now gathering new reliable details. Well-informed sources confirmed that "Dmitry really seriously harnessed to this situation", including all his resources that existed in the Principality of Monaco. What moved the billionaire, apart from the common philanthropy? On the extremely close relations of Mr. Rybolovlev with the Prince of Monaco, Albert II, the lazy one did not write. They made friends in the field of football, and the friendship turned into the oligarch's acquisition of a controlling stake in Alber's favorite toy of the Monaco football club, followed by multimillion injections. Much less is known about the connections of the Russian billionaire with Alber's closest surroundings - the head of Monaco's justice services Philippe Narmino, the Chief of Police of the Principality, Paul Massheron and other officials whose role in the history with Bedjamov is much less significant. While it was from Monsieur Narmino that instructions were issued from the prince to all links of the law-enforcement system of the principality, which ensured the release of the banker. Of course, not for beautiful eyes. Through a network of siloviki corrupted by Rybolov, Bedzhamov made an offer that he could not refuse. For escape from prison and the provision of immunity from the extradition to Russia, the fugitive undertook to transfer to the disposal of Rybolovlev € 300 million.

Born in the family of Perm doctors Dmitry Rybolovlev was to continue the dynasty. Until some time he got it: admission to the Perm Medical Institute on the first attempt, a red diploma, an internship in a hospital, brilliant prospects, taking into account the great connections of his father - the famous physiotherapist in the city.

... Working as a paramedic in intensive care for a work book, he in his free time promoted among the Perm elite fashionable at that time magnetotherapy, which was engaged in his father. Dmitry succeeded in this business, got useful connections and became friends with the directors of Permian factories. Often they paid for the service of treating magnets not with money, but with the products of their enterprises, on which Rybolovlev resold and put together the first capital. In the early 1990s Permian businessman was one of the first to receive a certificate of the Ministry of Finance for operations with securities, and in 1994 he already headed the bank "Credit FD" and several investment companies. Rybolovlev successfully took advantage of his acquaintanceships with Perm chiefs during the privatization process: he offered them services related to the keeping of shareholders' registers, which in every enterprise appeared a great variety as a result of the "Chubais" voucher campaign. So the former physician began to own financial information about virtually all Permian plants and began to buy shares of the most profitable of them, including Uralkali, the largest producer and exporter of mineral fertilizers.

Simply put, the case of Rybolovlev versus Bouvier led to his being thrown out of Monaco, and he is now sitting out in Los Angeles. Although before the principality, the Russian oligarch has undoubted merits - in particular, since 2011 he owns a controlling stake in the local football club, has invested in him more than half a billion euros and achieved his first 17 years of victory in the championship of France. Why in Monaco so cruelly treated with a pleasant and cash oligarch from the harsh northern Eurasia? The answer is simple: it ceased to be monetary.

He owns a large collection of paintings of the Impressionists, as well as Amedeo Modigliani and Pablo Picasso. Known for his passion for expensive real estate: acquired for $ 20 million the private residence of actor Will Smith in the Hawaiian Islands; The estate of Donald Trump in Florida for $ 95 million. In 2011, the daughter of Rybolovleva, Catherine bought the most expensive apartments in New York for $ 88 million.

The largest producer and exporter of mineral fertilizers "Uralkali" brought a really big capital to Rybolovlev. The process of privatization of the company began in 1992-1993, Rybolovlev's structures took an active part in it, simultaneously buying out the company's shares on the market. In 2000, it consolidated more than 50% of the company's shares. In 2007, the company entered an IPO, during which Rybolovlev sold a 14% stake in his stake (at that time 80%), having received more than $ 1 billion for them.

In 2010-2011 he sold his package to the structures of Senator Suleiman Kerimov for $ 5 billion. Since 1995, Rybolovlev lived most of the time in Switzerland, and in 2011 he emigrated to Monaco, investing in the eponymous football club $ 200 million.

As it became known to The Bell, the former owner of Uralkali and the possible investigator of the Robert Mueller investigation, Dmitry Rybolovlev, for several years, invested several hundred million dollars in American startups connected with biotechnology and medicine.