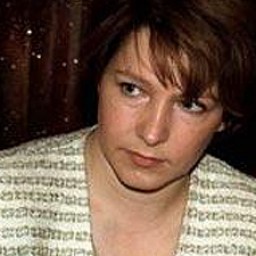 In 1983 graduated from faculty of calculus mathematics and cybernetics of the M.V.Lomonosov Moscow state university.

In November, 1983 he bagan to work in constructor bureau "Salute",

The councilor of directors of ORT.

1999—2001 — adviser of the Head of Presidential Administration of Russia.

Now supervises the Fund of the first President of Russia by B.N.Yeltsin.

Since December 3, 2009 has been conducting a blog in Livejournal.

Father - Yeltsin Boris Nikolaevich, the first President of the Russian Federation, mother - Naina Iosifovna Yeltsina. Sister - Elena Okulova. The first husband - Vilen Hajrullin (1980-1982), studied with Tatyana in the same group in Moscow State University and became a businessman. The second husband (1990-2002) - Alexey Dyachenko, a businessman. Since 2002 she has being married to a businessman and politician Valentine Yumashev.

Children: Boris Yeltsin – born in 1981, from the first marriage.

The attention of mass-media to personality of Yumasheva (often is mentioned under a surname of the second husband, Dyachenko) was especially steadfast because of huge impact that she made on Boris Yeltsin. Yumasheva closely communicated with Boris Berezovsky, Roman Abramovich, Anatoly Chubajs, Oleg Deripaska, Alexander Mamut, in general played a key role in «the Kremlin clan», a near circle of the president which mass-media called the Family. No appointment or removal from a post happened without her participation during the stay of Yeltsin as the president, to be exact the majority of decisions had been accepted by him from her giving.

So, in June, 1996 Yumasheva took part in displacement of Alexander Korzhakov from a post of the Head of Federal Agency of Security who obtained this post for 11 years. Korzhakov was dismissed because he disclosed data about the family of the president in mass-media, including foreign.

According to Korzhakov, Yumasheva affected the decision of the father on dismissal as it was accepted at three o'clock in the morning, and only she could have access to him at this time.
"The Truth of Buryatiya", Ulan-Ude, November, 21st, 1996

The scandal, after which the decision on Korzhakov's dismissal was accepted, inflamed in summer of 1996. In the end of June two officials were detained while exiting the White House - the head of producer company "LIS’s" Sergey Lissovsky and the former deputy of general director of telebroadcast company ORT, Arcady Evstafev, also Yeltsin’s pre-election staff headed by Anatoly Chubajs . They had a box from the copier which 538 thousand US dollars inside. Korzhakov detained them, according to his versions, they tried to steal this money from a pre-election staff. In Yumasheva’s opinion this money intended for payment of the actors supporting the president, and Korzhakov decided to fabricate action about stealing money to return former influence on Yeltsin. Finally “copier box case” was closed in December, 1999. The version of events of 1996 Yumasheva published in her blog in «Livejournal ».
«Korzhakov will pay to the president for the service of the lawyer» "Commersant"? 92 (1274) from 6/19/1997), ("Utro.ru" «Korzhakov has accused Yeltsin's daughter of lie» on January, 19th

In the blog Yumasheva also accused Korzhakov that after dismissal he had stolen the financial documents connected with election campaign. She estimated it as «dullness, meanness and treachery». In recent interview to the newspaper «Moscow Komsomolets» Korzhakov denied all the charges.
«Korzhakov has answered Yumasheva through МК», «Moscow Komsomolets» on January, 18th, 2010

Mass-media got the fragments of Yumasheva's file, which were found after dismissal of her husband Valentine Yumashev from his post of the head of the Office of the President. There were all possible ways of psychological pressure on Yumasheva, based on her biography analysis and personal relations with the father and the former husbands, and also possible sources of the compromising evidence on it were cynically described. Probably, this file belonged to Anatoly Chubays, as in 1996 he said during conversation with the first assistant to the president Ilyushin in "President Hotel" that he had a set of files for a considerable quantity of sign persons. The conversation was fixed by Federal agency of government communication and information
Satcor.ru, 1/8/2003, "Top secret", January, 1999

Supposedly, Yumasheva convinced Boris Yeltsin to resign the former secretary of Security council, Alexander Lebed in autumn of 1996, acting in Chubays's interests – it was useful to him to eliminate Lebed as the competitor for influence on Yeltsin. Yumasheva also promoted her future husband Valentine Yumashev - to its appointment as the head of the Office of the RF President in spring of 1997.

The first loud scandal, in which Yumasheva was involved, burst in 1999 and was connected with so-called case “Mabetex”. "Mabetex" - a Swiss constructing company (its head – Beget Pakolli) which, according to mass-media, gave bribes to the higher ranks for reception of contracts on reconstruction of the Kremlin. Bribes for reconstruction were kept abroad. Authorities of Switzerland suspected Yumasheva (at that period she was the adviser of the president), her sister Elena Okulova (did not work in civil service), Elena’s husband Valery Okulov, the businessman who had the account in Bank of New York in some millions of dollars, the Kremlin operating affairs Pavel Borodin, the head of "Mabetex" Beget Pakolli, co-president of “Mabetex” Victor Stolpovskih, Franco Fenini, the financial director of one of divisions of "Mabetex" in reception of bribes.

It was supposed that in 1993 company "Mabetex" opened the accounts on Dyachenko's and Okulova’s names just before the contract conclusion on reconstruction of the Kremlin, and Pakolli transferred money there.

Public prosecutor Jury Skuratov under the direction of whom investigation of these affairs had been made, was discharged from his post by acting president Vladimir Putin. On December 8, 2000 the State Office of Public Prosecutor closed the case because of the absence of crime structure – in other words, case «had been soft-pedaled».
"USA Today", 8/26/1999), (the Newspaper "Commersant"? 59 (3876) from 4/9/2008

Pavel Borodin "got it in the neck" more than anyone of the participants of the investigation - he was the only one who possessed the right to sign the documents under financial obligations of the Russian Federation. Accounts on millions were found out in foreign banks opened for his relatives. In 1999, at the next stage of a legal investigation about money-laundering police of Switzerland, concerning Pavel Borodin criminal case on money-laundering has been raised, and in 2000 Pavel Borodin has been put on the international wanted list. He was suspected to pay "Mabetex" work for double system of financing, involving public funds. Then money was sent to Switzerland.

In January 17, 2001 Pavel Borodin was arrested in the USA on demand of police of Switzerland. After spending two months in prisons of the USA and Switzerland, he was released on bail. In March 4, 2002 the Swiss Office of Public Prosecutor closed the case, Pavel Borodin was fined on 180 thousand dollars for stealing of 30 million dollars.
Le Monde, 1/27/2000, Translation: "InoPressa.ru", the newspaper "Commersant"? 59 (3876) from 4/9/2008

In 1999 the louder scandal burst: the American, British and Russian police began to suspect Yeltsin's government of greenwashing 15 billion dollars. This sum could include 10 billion loan from the International currency fund. It could be so that those financial operations became the default reason on August, 17th. The money was greenwashed on four accounts of Bank of New York and on one account of Republic National Bank. All of them concerned the company Benex Worldwide Ltd., which was founded by Simen Mogilevich, one of the Solntsevo criminal grouping leaders. Thus, money from a loan of Russia for economy stabilization, and also profit from criminal activity were made work and looked like a legal business profit.

Tatyana Yumasheva, Anatoly Chubays, Oleg Soskovets, Alexander Livshits and Vladimir Potanin were on FBI trial, defining their role in greenwashing. Those were at least six American agencies of investigation of economic crimes which worked in close contact with the British special services.
"USA Today", 8/26/1999

The inspectors who were engaged in definition of roles in greenwashing, attentively studied accounts which could belong to Yumasheva. One of them was opened in Swiss bank under a name "Svetlana Dyachenko". The address specified by "Svetlana" was used also in the accounts by Peter Berlin, husband of Lucy Edwards dismissed from Bank of New York. He also managed a number of companies Benex. Accounts of this firm in Bank of New York also could be used for greenwashing of Russian money.

In March 6, 2001 Berlin and Edwards recognized themselves guilty of realization of bank operations without appropriate licenses and in assistance to illegal operations of greenwashing. They agreed to co-operate with the investigation in exchange of not being arrested.

The sentence was taken out on July, 13th, 2002 to employee of BNY Svetlana Kudryavtseva. She was sentenced to 2-weeks imprisonment and house arrest for 5,5 months for participation in greenwashing of the Russian money.
Lenta.ru, 21.09.99, "Commersant.ru"

In 2002 there was information that Yumasheva forced the first husband, Vilen Hajrulin to refuse the son, Boris Yeltsin-junior. Official refusal of Hajrulin was necessary for political reasons, and Boris Yeltsin took part in persuasion of Hajrulin. Later Hajrulin gave interview in which he declared that he didn’t communicate with ex-wife and son for many years.
"Express newspaper", 2/5/2002

The chairman of board of Vnesheconombank (VEB) Andrey Kostin, just in case the compromising evidence on his activity appeared in mass-media, notarized the document in Italy in which he stated in details the finance scheme of election campaign of Boris Yeltsin in 1996. It became known in mass-media. Kostin also described the participation of Yumasheva, Berezovsky and Chubays in usage of the "dirty" pre-election money. According to his version, money came from National reserve bank through VEB and a number of affiliated companies in offshore zones were greenwashed, and then they were cashed and used for election campaign. The publication of this information cast a shade on reputation of Yumasheva who had been asactively engaged in Yeltsin's election campaign.
«The Banker blackmails a family» "Version", 7/1/1999, Satcor.ru, 1/8/2003