How the “Officers of Russia” rule Moscow utilities 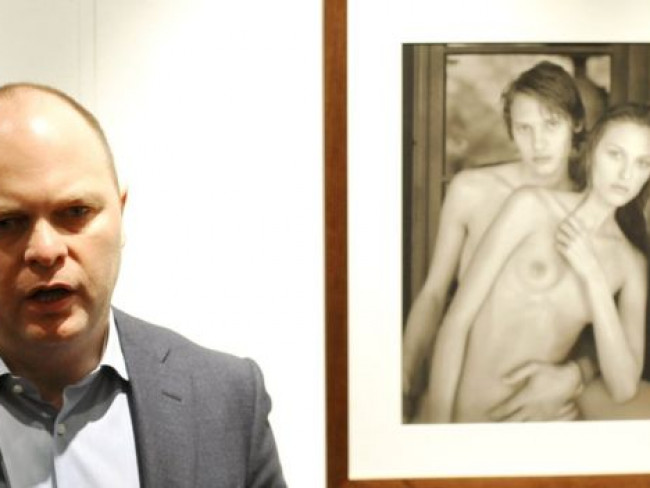 The “Officers of Russia”, headed by Anton Tsvetkov, is not only a public organization, but also a huge business empire. An investigation by rutelegraf.com has shown that dozens of management companies (MC) are under the control of this supposedly public organization and its leader, receiving huge sums from the population. To combat undesirable tenants, “militants” of the “Officers of Russia” are used, which at one time could be seen, dispersing exhibitions, blocking theaters and cinema centers. In the last part of the investigation, we provided a detailed outline of the business empire of Anton Tsvetkov. We now turn to the “core” of this empire, a system controlled by the “Officers of Russia” and Tsvetkov Criminal Code.

As rutelegraf.com found out, the CO connected with Tsvetkov and other members of the “Officers of Russia” began to appear in the years 2006-2008. One of such structures was LLC "Housing Management Center". It was created by the construction corporation Rus Invest, Roman Greben and Konstantin Gotz. Moreover, Gots acted not as an independent person. The LLC documents state that it is established by the Financial and Industrial Group “Officers of Russia” in the person of Gotz Konstantin Georgievich.

As for Roman Greben, this is the spouse of an extremely respected person in the world of management companies, the president of the Association of Management Companies and Real Estate Managers of the Moscow Region Maria Greben.

Her relatives (Nadezhda Greben, Roman Greben) and related structures were among the founders of a number of firms established together with Gotz as a representative of the Russian Officers Officers: Kvadro LLC, Housing Service-Service Management Center LLC , LLC “United Directorate of Operation”, etc.

Initially, it was Marina Greben who was the “face” and the head of the Criminal Code. However, it was needed only for a short time, in order to “enter” the market of management companies in the Moscow region, where Krebeni had excellent connections and experience. Then it became unnecessary and only one owner remained in all these firms - Konstantin Gotz. In some structures, he remained the owner, in others - the owner later became structures directly affiliated with the “Officers of Russia”. So, the sole owner of LLC “Housing Management Center” was LLC “UK“ Lyubimy Gorod ”(see previous publication). However, it was Gotz who ran it all the same. Moreover, the number controlled by the Criminal Code is growing every year. Here is the list managed to make rutelegraf.com:

As for Maria Greben, the promises to her, including financial ones, were clearly not fulfilled. All the controlled firms were officially sold by her relatives for the price of the authorized capital (about 10 thousand rubles). And the Greben family received nothing more. Maria then tried to sue Gotz in arbitration, but lost the lawsuits.

Gots himself built an empire of management companies, which in its structure and style of work resembles some kind of organized criminal group.

As rutelegraf.com found out, the scheme of work of all management companies controlled by Gotsu is extremely simple. Representatives of the Criminal Code (most often, strong guys who are hard to refuse) either create “pocket” HOAs, or, by truth or by hook, capture the already existing ones. Meetings of homeowners are held under the supervision of dozens of sturdily, who also carry out the personal safety of Gotz. This whole process is accompanied by indispensable threats against dissenting tenants, who are denied entry to these meetings. Then these "captured" HOAs enter into agreements with the Criminal Code, controlled by Gotsu. And then the life of the tenants of the houses turns into a nightmare, and they themselves return to the 90s. When at any time the bulls can come and demand money. Do not want to pay, wait for trouble. People in camouflage immediately appear in the houses, this concern for the safety of residents is explained. In reality, the guards begin to pursue the “dissenters” who are trying to collect signatures for breaking up with the Criminal Code of Gotz. This “dissent” is threatened right at the door of their own apartments, any movement of them takes place accompanied by an overseer, etc. Unhappy, to at least somehow feel calm, you have to constantly call the police. So it was in the residential complex "Sky Fort", which was managed by the management company "System Plus".