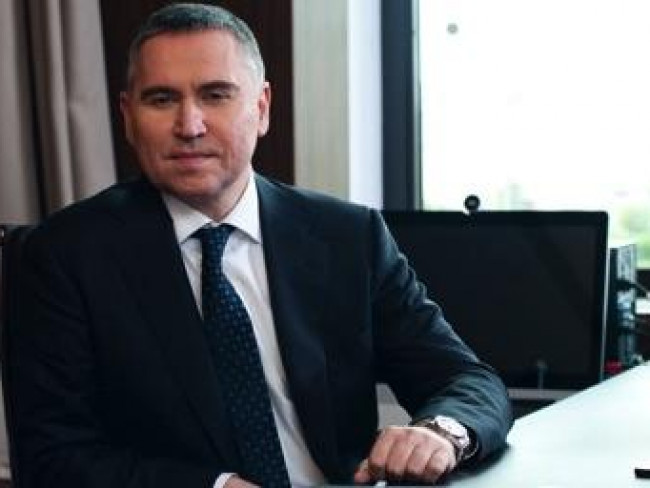 The head of the gas monopoly "Gazprom" Alexei Miller, according to sources Rutelegraf.com" there are grounds for serious concern.  We are not talking about the economic results of the gas giant. Although they are, judging by the objective results of the calendar year, disappointing.

It's completely different. In the Corporation there were "young wolves" - a triumvirate of energetic successful top-managers, for the last time, with such a career drive that their collective capacity caught up, and soon may exceed the consequence of the Miller.

Kirill Seleznev, Mikhail Sirotkin and Elena Mikhailova took control of the entire contract strategy of Gazprom, Mikhail Sirotkin heads the Department for corporate cost management, his wife is a bright brunette Elena Mikhailova, head of the Department for property management. The brain of this friendly team - a member of the Board I "Gazprom" Kirill Seleznev.

They were able to establish such solicitation rules of the game, wanting to win Gazprom's competition it is necessary not only to introduce competent offer, but also personally be interested in three top managers. Thus billions of rubles go to the accounts of firms affiliated with the members of the triumvirate.

Mikhail Sirotkin is a man of Mature age and very Mature mind. He was born in 1972 in the small Volga town of Cheboksary in the family of a well - known physicist Vladimir Sirotkin. Misha successfully graduated from the University of Cheboksary, traveled with his father abroad and imbued with the "evil spirit" of entrepreneurship.

And without further ADO began his commercial career in an extremely odious, not to say mafia, company "Transport financial company" in St. Petersburg. The founder of this company was the regional public organization of deaf persons with disabilities "Dakti". TFC offered services in terms of tax evasion, offering large companies a fictitious job for the disabled.

In 1998, having gained criminal experience, matured Mikhail Sirotkin got a job in LLC " information and legal Bureau "Peter", which was owned by one of the largest shadow workers of Northern Palmyra Ilya Traber, known in the criminal world as an Antiquarian and became the prototype of one of the criminal heroes of the series"Gangster Petersburg". There was a rumor that Traber was the owner and TFK.

Traber was one of the kings of the underworld, No business in St. Petersburg could not do without his participation. The Traber-Antiquarian firm was a co-owner of CJSC Petersburg fuel company (PTC). And another co-owner was one of the leaders of the Malyshev group Gennady Petrov. Soon, the Vice-President of the PTK was the famous St. Petersburg authority Vladimir Kumarin, who recovered after being wounded, and later changed his name to Barsukov.

As suggested by the interlocutors rutelegraf.com despite the understandable difficulty of communication with the king of the underworld, Michael Sirotin managed to win their trust and went to the mountain.

After the murder in 1990ь year, the St. Petersburg Vice-Governor Mikhail Manevich, Trauber-Dealer is targeting the capture of St. Petersburg sea port, which was supervised by the late Manevich.  Now the Dealer did it without any problems. The main shareholder of the "seaport" was the offshore Nasdor, which operated through the management company "OBIP" (JSC "Association of banks investing in the port"), owned by Traber.  Mikhail Sirotkin from "Peter" became head of the legal Department of "OBIP". In 2001, he even became Deputy head of the seaport property Department, but he worked in this responsible position for a relatively short time.

And not because he failed. And because he received a fabulous offer-he became Deputy head of the legal Department of Gazprom and joined the team of Alexei Miller. Then he moved to a similar position in the Department of property "Gazprom", and a little later – the head of Gazprom's daughter CJSC "Rosshelf". At the same time, the Gazprom enterprise Mezhregiongaz entered into the" Rosshelf", where the charming Elena Mikhailova, who in 2003 became the wife of Mikhail Sirotkin, worked, watching the assets.