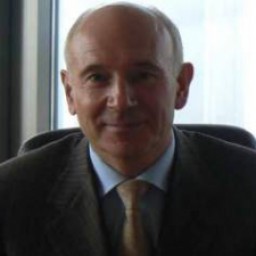 Bio:
Alexander Putilov was born in 1952  in the Tyumen region.
In 1974  graduated from Tyumen Industrial Institute, having majored in  machinery and equipment of oil and gas fields. In the Tyumen region he worked as a  repairman, then deputy head of a plant shop, then as a chief mechanic. He also was deputy director of Surgut drilling operations and headed Krasnoleninsk  and  Urai management of drilling operations.
In 1987-1993 he managed  Urayneftegaz production association.
In April 1993 Putilov was appointed chairman of the board of trustees and president of  Rosneft state oil company by the decision of the Russian Government.
In May 1993 he joined the board of the Ministry of Fuel and Energy. He became a member of the Union of Oil and Gas Producers of Russia.
In May 1997 the Russian Government  dismissed  Putilov as president of Rosneft   company. Putilov was replaced with Yury Bespalov  but he remained chairman of the board of directors of the company.
In May 1998 Alexander Putilov was dismissed.
At the end of 2004 Putilov became a co-owner of Eurasia Drilling Company, having received 28% of shares.  In 2011 his stake was reduced to 25%.
In 2011  Putilov's wealth was estimated at 1.1 billion dollars.
Sources: Forbes

Dossier:
In 1995 by Putilov's consent  Rosneft state-owned oil company made a deal that caused a $ 20 million damage to the RF state funds. Rosneft made an agreement with Rosetto Liechtenstein company. The agreement guaranteed assistance  in selling of 400 thousand tons of oil. Almost immediately  a buyer was found. It was another Liechtenstein company,  Bobardo Anstalt. In fact, both offshore companies were established by the same person, Yan Goldovsky. Rosneft carried out oil shipment under  Goldovsky's guarantee. Soon  Bobardo company was liquidated and shortly afterwards Rosetto company stopped working, too. But beforehand the company  received the money for its fictitious  oil reserves from Rosneft.

At the end of 1990 Rosneft  company managed by Putilov got involved in   privatization wars. Since Putilov was pain in the neck for secretary of Security Council Boris Berezovsky and   deputy prime-minister Potanin, Putilov's career suffered at the conflict. There were no official reasons for Putilov's dismissal  as he was doing well and company's production increased, while company's projects were developing and there  were no tax debts. Nevertheless, in April 1997  Putilov was unexpectedly replaced with Yuri Bespalov, former head of the disbanded Industrial Ministry. Bespalov  was an old man and had little to do with business but he was said to be "Chernomyrdin's man".

Changes in personnel caused a scandal, mainly among   numerous foreign partners of  Rosneft, who wanted to continue working with former president Putilov.  The government gave in  and Alexander Putilov was invited to the company as chairman of the board.

At the end of May 1998  Putilov was removed from Rosneft  as chairman of the board of directors for failing an open bidding for Rosneft's shares. It was believed that his conflict with former president of  Rosneft Yuri Bespalov had a negative impact on the company's image. But when the government announced  another bidding, they invited  Putilov back to the company. Alexander Putilov returned to Rosneft  five days after he had been fired.  Former president and  former chairman Putilov was appointed vice-president of the company. The appointment was made by  new president of Rosneft Ilya Leshchinets, who was formally considered as a  member of Putilov's team. But it is clear that this decision could not be made without consent of the only shareholder of the company, the RF Government. Putilov's appointment was rumoured to be a part of the campaign  against  president of Rosneft Yuri Bespalov who unofficially represented  Boris Berezovsky's  interests. Formally, it was not possible to blame  failure of the bidding  on just one person, so the government  resorted to a trick and dismissed both Bespalov  and Putilov.

In 2011  Putilov found himself in an awkward situation when his partner and co-owner of Eurasia Drilling Company Alexander Dzhaparidze exchanged his shares for a stake in Hadar Fund Ltd, having thus twice reduced his presence at Eurasia Drilling Company. Immediately after  Japaridze's decision the value of company's shares decreased by 3%.