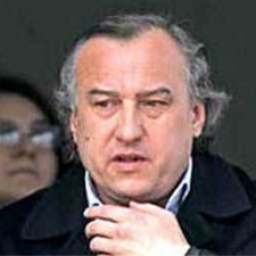 Biography:
Aleksey Fedirychev was born on 3 August 1955 in Krasnogorsk, Moscow region.
In the early 1970s, he played for FC Dynamo's reserve team and then played for FC Krivbass, Krivoy Rog city.
In 1987 he emigrated from the Soviet Union.
In December 1994, in Monaco, he founded Fedcominvest Company, specializing in sulfur and fertilizers export from Eastern European countries.
From 2004 to 2007 Aleksey Fedorychev's companies had a stake in FC Dynamo (Moscow).
In 2011 Fedorychev's wealth was estimated at 160 million dollars, but there is reason to believe that the figures are greatly underestimated.
Sources: RusPortal

Dossier
As far back as 1997 Monaco police suspected Fedcominvest of laundering criminal money. Then Fedcominvest's employee Aleksander Klyuyev was detained for possession of forged passports and was sentenced to six months in jail and 50,000 francs fine. Fedcominvest was considered as a legal cover-up for the Eastern European mafia. According to the police, the company was involved in the activities of the group headed by Ukrainian citizen Leonid Minin, who was later detained for arms and drug trafficking under the cover of Monaco Galaxy Management company. Aleksey Fedorychev allegedly failed to explain the fact that he had an Uruguayan passport and the disparity between his 3500 francs monthly salary at United London Trade Ltd. company in 1993 and 72,000 francs rent he paid for a luxury apartments in Rue de France, Monte Carlo.
Source: Zahvat.net, 7 July 2009

In 2002 French media reported that police had completed the investigation. However, they found nothing illegal in the activities of Fedcom Company, registered at the offshore zone on the Isle of Man (Great Britain), nor of its branches in Moscow, Kiev, Istanbul, Geneva, Tampa (Florida) and other cities. Nevertheless, when in 2002 Fedorychev expressed a desire to purchase assets of FC Monaco for 100 million dollars, Prince Rainier interfered and vetoed the deal despite the fact that Fedorychev financially supported the Monegasque players. Since 2000, he has annually paid 2 million dollars to the treasury of Monaco just so that the players wore T-shirts with Fedcominvest's logo. The decision of the Prince was influenced by the fact that by 2002 about 150 people all over Europe were detained for arms and drugs trafficking and prostitutes supply from Eastern Europe. All the threads lead to Fedorychev; however, he managed to emerge unscathed.
Source: Sekret Firmy, 1 August 2005

In September 2004, the Central Council of FC Dynamo made a decision to transfer a 71% stake in the club to Fedcominvest Company. The company announced its plans for the nearest future: winning the national championship and then, in two years, getting into the main draw of the Champions League. Besides, Fedorychev planned to invest about 150 million dollars in the team and club infrastructure. As far back as 2005, Fedorychev completely changed the team with Portuguese footballers, but he did not succeed. He changed several coaches, too, but it did not help. In November 2005, Dynamo finished 8th in the national championship table. By summer 2006 Fedorychev had clearly lost interest in the club, and the players had not been paid salaries for several months. They even were going to boycott the championship of Russia. Vneshtorbank relieved Dynamo by contributing 20 million dollars to pay off the debt to players. Dynamo's bad times were caused by Fedorychev's failure to purchase Petrovsky Park, where the team had always played its home games. In March 2007, Fedorychev sold his shares to the Club Central Board for several million dollars.
Sources: FC Dynamo web site, 30 January 2007, Lenta.ru, 23 January 2007

In 2005, Aleksey Fedorychev's TIS Company, which owned four and rented two more berths at Yuzny port, Ukraine, carried out dredging works around a pier in order to receive large-capacity vessels, and did it without consent of the port administration. Four years later, in 2009, the legal successor of TIS, TIS-Ruda LLC, filed a lawsuit to Economic Court of Odessa region demanding to exact more than 51.3 million hryvnias from Yuzhny as a compensation for the dredging operations. The demand was justified by the fact that the entire port had been using the large-capacity berth constructed by the company. Port director Yuri Krouk considered the claim illegal. He pointed out that the ultimate goal of TIS Company was not the limitation amount but reimbursement of more than 500 million hryvnias which the company had spent on expansion of all the berths on their lease. Such an amount to be paid flat could result in the seizure of Yuzhny, the state integral property complex, and further alienation of the rights to it in favour of Fedorychev's company. The problem was resolved only after interference of the special privatization control commission under the Verkhovna Rada of Ukraine and personal interference of Prime Minister Yulia Tymoshenko. Yuzhny port extended berth rent for TIS Company for another 25 years. Fedorychev saw to it that Russian media reported about the decision as his "tactical victory", but no doubt that it was rather failed raider seizure of Yuzhny port.
Source: Ukrrudprom, 7 July 2009; tis-port, LJ, 16 July 2009

In August 2011 at the closing ceremony of New Wave music festival in Jurmala socialite Ulyana Zeitlina was accompanied by 55-year-old Aleksey Fedorychev, who had long been married. The couple was sitting at a rich served VIP table. Fedorychev was gallantly courting his lady and joked a lot. In other words, he acted in a way that left no doubt that Aleksey and Ulyana were not just friends. They left the concert together as well.
Source: Stringer, 8 October 2011