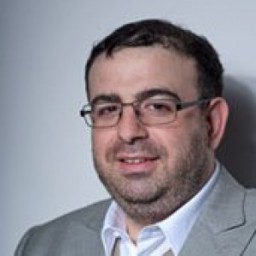 In 2009 he founded his own company LLC "United Transport Company» (CJSC "UTC"), operator of the market of transport services in Russia, CIS and Baltic countries.

Father: Semen Iskhakovich Tetruashvili was born 24.2.1947. According to reports, Tetruashvili was close with both the "authoritative" representatives of the Georgian criminal world, and with some "shady" businessmen - "tsehoviki" (underground entrepreneur). Thanks to their help, he was able to accumulate an initial capital and to gain a foothold in Moscow.

The winner of the contest "Miss Moscow-2001" was the 15-year-old Ekaterina Toropova ... The last moments before the appearance on the stage. Making their way to one of the members of the jury. David Tetruashvili, CEO of "TDVK groups." Recently he spent another beauty contest "Crystal Crown of Russia." - David, how much time is it necessary for the jury to make a choice? - We work with girls for month and a half. We observe, draw conclusions. It is not only a face must be beautiful and fit into a standard figure of 90-60-90. It is not the most important. The ability to communicate, charm, intelligence - these are the criteria. - And what, all the members of the jury were vigilantly watching girls for a month and a half? - I admit most of them see them for the first time.

"In the newspaper "Komsomolskaya Pravda"... 30 August 2001 in the category "lotion ": a straight line" under the heading of "we, doctor, want to find out: with what will end the summer sex?" ... Was published a photo with my picture under which the quote was used: "I have long to understood how dangerous these women are." I draw your attention to the fact that this quote has no attitude to me, and the photograph has been used without my consent, which violates the rights and freedoms of a person to inviolability of private life, established by the constitution.

Placing photos in this category under the named header affects my honor, dignity, good name and reputation than cause a moral injury to me.

In 2001 David Semenovich had a conflict with the newspaper "Komsomolskaya Pravda". His reason was that in the edition of the newspaper on 30.08.2001, in the category "Primochka" under the title "We, doctor, want to find out: with what will the summer sex be over?” was published an article about the sexually transmitted diseases with a photo, where Tetruashvili was captured. Of course, he did not like it, and he wrote a letter of complaint to the newspaper to this fact.

The release of 04.09.2001, the newspaper earned him an apology, on that the incident was closed. In fact, leak to the newspaper was initiated by his business partners, believes that Tetruashvili behaves "in bad faith".

In Khamovniki appeared a new non-chain fast food; a person, engaged in it, was never related to something like that before. David Tetro, a businessman from Georgia, was engaged in carpet business all his life. He opened the first good cafe at the market in Moscow, where he trades falafel, Shakshuk and other Israeli fast food.

That is the name of a tiny eatery that Tetro opened on Usachevsky market in October. About a place like this in Moscow Tetro dreamed since 1989, when he first appeared in Israel and saw street food in Tel Aviv. 20 years later, having collecting all found information about falafel on the Internet and receiving advice from the Israeli chef, he developed his own recipe; he came up with the logo and the interior of the cafe.

DAVID TETRO BECAME A PRESIDENT OF THE GROUP OF COMPANIES “UTC”.

7 April, Jiangyin (Jiangsu province), East China. Jiangsu Baoli Asphalt and Bitumina Group officially announce the creation of a joint venture to form a transnational asphalt company. Also announced a joint venture with "Autobahn" and the agreement on purchase Afester Group to increase opportunities in the Russian market. Two leading global suppliers of polymer-cement-bitumen (PMB) and its technology officially announced the joint venture, which will form strong business relationships to create the largest specialized bitumen companies in the world. China Jiangsu Baoli Asphalt becomes the world thanks to an agreement with the transnational Bitumina Group (headquarters in Denmark and the United Arab Emirates), whose high-tech products of the bitumen is present in 80 countries. Baoli Bitumina also signed a memorandum of understanding with Afester Group, to acquire a controlling stake in five refineries ("Albashneft" in Yeisk, Belgorod, Izhevsk, Syzran and Tomsk) with total capacity of 1.5 million tons, which will be upgraded to a capacity of 3 million tons by 2016. Baoli Bitumina and Afester identified 12 oil fields in Russia, which they plan to jointly acquire to ensure the supply of high quality bitumen for Baoli projects. Refinery produces mainly a high-quality fuel, which will be sold in the local market as well as exported to China, Mongolia, Africa and Europe.

David Tetro, CEO of Afester Group: «to bidding for contracts, which will change the world, an international cooperation is necessary, and our joint venture promises this. We look forward to a long and fruitful relationship with our partners in Baoli Bitumina, to meet local needs in the automotive fuel for 5 euro, marine fuel and high-quality lower bituminous layers of pavement. Our refinery will focus on the processing of heavy fractions and other non-traditional raw materials. "

Group "Christa" is selling assets in the oil business, writes the "Samara Review". Vladimir Simonov Group has already implemented the refinery "Foras" in the village of New Racheyka of Syzran region and looking for a buyer for the oil depot in Bezenchuk. The proceeds from the sale of resources, "Christa" is planning to use to reduce its credit load.

LLC "Foras" was registered in 2002. The main activity of the company - processing of oil and gas condensate output up to 200 thousand tons per year. ...

It is known little about the new owner of "Foras", and, according to open sources, he is mainly engaged in agribusiness. According to "SPARK-Interfax", he is the director and owner of the LLC "Fruits of Belogoriya". In open sources the name of Tetruashvili is associated with the business of Orel pharmaceutical company and with a number of sugar projects in the Orel region, which he owned through "TDMK Groupp".

In 2004, there was a nuisance at David Semenovich again. His apartment in the center of Moscow was robbed, having taken the money and jewelry in the amount of 760,000 rubles, a rather big at the time. Yet the trouble was not that big compared to the one that happened in the following year, 2005. In July of that year against him was initiated a criminal case under article 159 part 4 of the Criminal Code (“Fraud in a large scale"), and Tetruashvili himself was declared on the federal wanted list.

David Semenovich was hiding in Israel from Russian detectives, where he changed his name from Tetruashvili on Tetro, and received a second, Israeli citizenship.

October 20 the official website of the Interior Ministry announced the arrest of the chairman of the board of directors of LLC "Tomskneftepererabotka" (TNP). One of the beneficiaries of TNP - Andrey Knaub - was detained. Former TNP management is charged under several articles of the Criminal Code. Earlier, the company, known to the beneficiary of the Moscow Holding Afester Group David Tetro, foreclosed on the pledged part of the share in the authorized capital of 60% in the TNP, through the court. His father Semen Tetruashvili in summer of 2015 became the official owner of the company "Foras" in Syzran District. Foras may be included in the offshore schemes of work of the Afester Group. According to the official website of the Russian Ministry of Internal Affairs, a set of measures was held on a case, initiated against the chairman of the board of directors and other managers of TNP on the grounds of crimes provided for by a number of articles of the Criminal Code. These are fraud in large-scale, fraud in the field of entrepreneurship and evasion of responsibilities for repatriation of funds in foreign currency or the currency of the Russian Federation. Law enforcement officials estimate the damage to the state in about 18 million rubles, and the total damage on all counts - in 1.3 billion rubles.

Funds can be output through a Cypriot company, whose shareholder also was Andrew Knaub, allegedly.