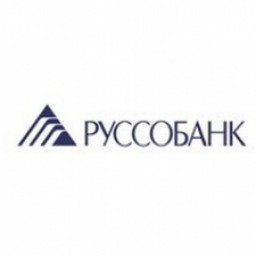 In 1988-1991 – master hand, mechanic, engineer in a construction and installation company “Minneftegazstroy USSR”.

In 1991 - Commercial Director of the bank "Miloserdiye."

In 1991 - Commercial Director of Bank “Stolichny"(Moscow).

Weinstein, the chief shadow curator of the antique market in Russia, the founder of OOO “Antikvarnaya Kollektsiya", is often associated with the name of another fan of antiques, the rip-off champion Alexander Khochinsky. The latter calls himself the owner of the antique salon "Bohema", the largest one in the capital. The salon is officially owned by his wife, but in reality the antique shop has two partners, the eldest of whom is Weinstein. Through the salon Khochinsky participates in a variety of scams, rubbing in the trust both to buyers of antiques, and to the owners. As a result of his numerous scams people lost their property, and he got profit. Then Weinstein was his chief curator.

Thus, in the year 2002, together with Khochinsky Weinstein was involved in the fraudulent case, the victim of which was an antique dealer Alisa Selezneva (last name was changed by journalists). Selezneva happened to have five paintings by famous artists to sell. Potential buyer turned out to be her friend Vitaly Tikhonov, head of the nonprofit Partnership “Mutual Insurance Society "Cash Mutual Insurance”. He told Selezniova that a famous banker was interested in the paintings and he had in mind Weinstein. Tikhonov took them to sell. After that he was gone, and did not answer the calls. It turned out that he brought pictures to Khochinsky in order to sell them to Weinstein. Transaction was to be carried out using nominal bills, allegedly issued by UNESCO. To make the transaction take place, they had to host its owner, Russian-speaking U.S. citizen, in Moscow with honor.

Tikhonov accounted to pay for the reception of the foreigner for the money he was going to earn through the sale of Selezneva’s paintings. But he did not manage to sell the paintings quickly, so he owed the necessary sum from Khochinsky on pledge of Selezneva’s paintings. An elegant reception did not help, and the deal fell through. Khochinsky had nothing to pay with. Tikhonov told Selezneva about everything, and they went together to acquire the debt. But Khochinsky began to demand more. Selezneva turned to the police with a statement about the escape of Tikhonov with the paintings.

A criminal case of fraud was filed and only Tikhonov was brought to justice. Khochinsky told investigators that he did not know who owned the paintings and sold them to the first comer.

However, before that Khochinsky offered Selezneva to buy the paintings for 200 thousand dollars. The case was made so that, ostensibly, as soon as Weinstein had learnt about the criminal case, he decided to abandon his plans to buy them.

In 2006, Weinstein was involved in the so-called "Case of Antiquaries”.

Spouses Tatyana and Igor Preobrazhenskaya , owners of the antiquary gallery "Russian Collection", were charged with fraud. Businessman Valery Uzzhin filed a lawsuit against the sale of five fake paintings by Tatiana with the complicity of her spouse, as well as the theft of a drawing of Konstantin Mayakovsky. The participation of Tatiana in the "sale" of paintings was the following: she had agreed to evaluate paintings which had been proposed to Uzzhin. Her opinion did not play a legal role. It happened so that she made a mistake - several paintings were not painted by Russian artists, but by French artisits using a similar style. Other signatures were made ten years ago.There were no documents evidenting that Tatiana had sold those paintings to Uzzhin, as well as clear testimonies by Uzzhin and his partner Alexander Yakovlev, Victor Kahn (all of them had criminal records in the past). As for the painting stolen from Uzzhin, as he claimed, Preobrazhenskaya had allegedly taken it for examination and never returned. There was no direct evidence for this.

Nevertheless, the court listened to the testimony of the plaintiff, which led to a lengthy imprisonment of Tatiana Preobrazhenskaya.

It was also emerged that previously there was another criminal case which was filed in respect of Uzzhin and the company. Prior to "purchasing" the paintings from Preobrazhenskaya picture Uzzhin had got foot in spouses and suggested using his assistance to buy an apartment in Moscow to open a studio in it. To buy the apartment, the couple sold their house, car and antique valuables to Uzzhin. Subsequently, it turned out that the apartment had never been offered for sale, and the seller to which Uzzhin brought the Preobrazhensky spouses was a figurehead.

That was the moment when both sides spent more money than they had originally wanted to get in case of the court's decision in their favor. Negotiations began. Mark Weinstein participated in the process and pretended trying to resolve everything. He tried to do everything to protect Uzzhin from financial losses.

Such a conclusion can be drawn from records of negotiations made by the mother of Tatiana Preobrazhenskaya, Victoria Khanina, trapped in the media.

The meeting took place at the end of 2006, in "Russobank”; the participants were as follows: Weinstein, Uzzhin, Kahn, Khanina and Andrey Stolbunov, the lawyer of Tatyana Preobrazhenskaya .

All together they tried to find a way out of this situation: as it became clear to all the participants of the dispute, further trials could cause only losses and the threat of reputation. But the process was in an almost irreversible stage, as things had become quite loud, and the buy-out of law enforcement officers could last for ever upon every next transition to a new instance of the case, where there is a new officer, deciding whether to set the case going or not. The alternative strategy was chosen - lawyers on both sides fractured the case.

First Stolbunov and Uzzhin counted the losses brought by the parties to each other. But they could not agree on numbers, as well as on the presence of debts of the both parties. Weinstein also urged everybody to bring everything "to zero" in order not to lose even more. Judging by his remarks he implied that he was not too worried about the state of Preobrazhenskaya , who had spent a long time in jail by mistake. Weinstein invited the parties to settle the monetary claims later on, having a beer.

It is noteworthy that after the statement of Uzzhin that Preobrazhenskaya had sold him fakes, some dealer began spreading rumors that the fakes were sold even to the personal collections of Mr. Putin and other prominent persons. As a result, an antique market got collapsed, and representatives of law enforcement agencies began to use the pretext of checking to confiscate the entire collection of antique shops. Given the above facts, journalists speculated that Weinstein could produce those rumors, pursuing his own interests. In addition, the fact of acquaintance of Uzzhin with Preobrazhenskaya and their subsequent close contact looks like a result of crosstalk of a knowledgeable person, who could be Weinstein, according to journalists.

The name of Weinstein is also associated with a long-lasting scandal in Moskvoretsky Park - a protected territory, which had been illegally overbuilt with cottages. It was assumed that there would be sports and recreation area, but in reality it became covered by mansions with private protected areas which had been growing like mushrooms, the richest people in Moscow got settled in them. Authorities have declared war on illegal buildings, but in fact the victims turned out to be honored people who had received shelter in ancient times. Perhaps their homes were simply spoiling the view and reducing the price of the land for new housing.

Weinstein was one of those illegal settlers. The place where Moscow City Search and Rescue Service has the official land rent at the address "Karamyshevskaya embankment 13, Block 2” now is overbuild with brick cottages and a mooring berth. This site is occupied by Charitable Foundation "Veteran" and ZAO "Virage”, whose co-founder is Weinstein.

In autumn 2008, the Moscow Arbitration Court decided to demolish these illegal buildings, but the respondent was not the above mentioned foundation and ZAO, but a certain company "Lada". It is associated with Weinstein as in 2004, ZAO "Lada" was actively involved in the fate of companies group Guta, including Guta Bank, which was a shareholder of Russobank. "Veteran" and "Virage" are now related to "Russobank.

It is still unknown why the defendant has chosen such a combination. The defendant tried to convince the court that he owned the parts of water sports station built in 1975-1976 by law, and the buildings are just frame-panel unheated houses. The court ruled the demolition, but the decision to demolish the houses has not been fulfilled.

In 2010, the story of illegal cottages by Weinstein at Karamyshevskaya Naberezhnaya has got a continuation. The head of the Metropolitan Court Bailiff Service, Ferdauis Yusupov made an announcement that they were preparing to demolish 18 illegal buildings, which actually was an elite village and the yacht club ‘Virage". Earlier, in 2007 the yacht club was on fire, allegedly, that was arson.

But neither the courts nor the fires could stop Weinstein. Arbitration decision on the demolition was subsequently repealed by the Federal Arbitration Court of Moscow District, and sent for a new trial. “Virage” also won the recent separate courts.

It was also mentioned that in 2010, Weinstein and his family lived permanently in France.