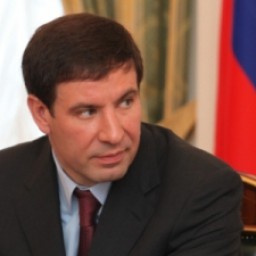 Mikhail Yurevich was born on February 13, 1969 in Chelyabinsk. In 1992 he graduated from Civil Engineering Department of Chelyabinsk State Technical University receiving a diploma of a civil engineer. While a student, he founded Temp Company which dealt in wholesale products.

In 1993 he became director of a bread-baking plant, Khelbokombinat № 1. There he carried out reconstruction and modernization of production and organized a distribution network.

In 1997 he was recognized as "Person of the Year" as the best industrial manager in Chelyabinsk.

In 1995-2000 he was chairman of the boards of directors of Makfa JSC, an agro-industrial holding, which consisted of a factory Makfa, Khelbokombinat № 1, Sosnowski Khelbokombinat, ATP Temp-Avtotekh, and other enterprises.

On December 19, 1999 he was elected to the State Duma of the third convocation. On January 26, 2000 he became Deputy Chairman of the Committee on Energy, Transport, and Communication. He was a member of People's Deputy.

On December 7, 2003 he was elected to the State Duma of the fourth convocation. He was member of the Committee on civil, criminal, arbitral, and procedural legislation and a member of the faction United Russia.

Since 2006 he has been president of Cities of the Urals Association of municipalities. Hi is also member of the club of Russian mayors, based on the All-Russian local government council established on the initiative of United Russia.

On March 1, 2009 he again won the mayoral elections in Chelyabinsk.

On March 15, 2010 Yurevich’s candidacy for governor of Chelyabinsk region was introduced to the Legislative Assembly of the region.

On March 22, 2010 at an extraordinary meeting the Legislative Assembly of the Chelyabinsk region unanimously approved Yurevich as Governor.

Medal of Order of Merit for the Fatherland, II degree (2002)

He was called Person of the Year 2006 in nomination Leader of the municipality, the mayor. He also received title of Person of the Year 2007 in nomination Head of a city with population exceeding million people. In 2008 he was recognized as the winner of the National Public Prize of Russian transport industry, Zolotaya Kolesnitsa in nomination For contribution in the development of the transport industry of the Russian Federation. In 2009, for his great contribution to the development of social partnership and fruitful cooperation with trade union organization, he was awarded For Community badge of the Federation of Independent Trade Unions of Russia. He was also awarded a medal For merits before the All-Russian Society of Blind, II degree.

In 1999-2005 Mikhail Yurevich prepared and implemented in his constituency in the city of Chelyabinsk a number of important social and charitable programs. The most famous project was Makfa youth employment units engaged in the modernization of Chelyabinsk.

As president of the Association of Cities of the Urals, Mikhail Yurevich was actively involved in expanding of cooperation with authorities at all levels, promoting the interests of municipalities and their residents, sharing of experience. He was one of the main founders of the Club of Mayors at the All-Russian Council of Local Self-Government, which brought together heads of major Russian cities. The club became a platform for presenting consolidated position of the municipalities in a dialogue with the government.

In 2009 Chelyabinsk reached the top position in among cities with population over million people in terms of kindergartens for preschool children, A total of 80% could enter a kindergarten in the city. In the same year, for the first time in 15 years, the birthrate in the capital of South Urals exceeded death rate.

One of the main objectives of Chelyabinsk sport was solved with the participation of Mikhail Yurevich. After years of losses Chelyabinsk Tractor club made in to the Russian Super League (now - CHL).

By investing heavily in unsuccessful plants, Mikhail Yurevich built brick by brick a powerful food industry empire. He was one of the first new wave businessman in Chelyabinsk to have his brand Makfa enter federal level market.

In elections to the Duma macaroni media mogul used a simple slogan which read "Stop the rise of bread prices," and stopped it because he owned the lion's share of the grain market in the region. As a result, he became a member of the State Duma.

In 1999 business ties between Mikhail Yurevich and State Duma deputy Vladimir Golovlyov came to the surface for the first time. During the privatization, about 90 enterprises in the Southern Urals transferred 15-20% stakes to the Fund controlled by Golovlev, rhus reducing the amount of shares of employees. All of the mentioned property, estimated at nearly 4 trillion rubles, was actually at the disposal of Golovlyov and his confidants.

In August 2002 Golovlyov was murdered. According to one version, the murder was contracted by Boris Berezovsky over fraud worth 150 million dollars earmarked by Berezovsky for the needs of the party.

Death of Golovlyov weakened position of Yurevich. He quickly began to prepare for the elections to the Duma. The deputy actively bombarded regional authorities with questions like “How much do you earn? How much did the region pay for cars for the officials? Why such and such house has no heat?” And then he spoke with pleasure in his own media agencies about stupidity and ineptitude of the current government of Chelyabinsk region.

In August 2003 German Galkin, a journalist of Rabochaya Gazeta, was sentenced to a year in correctional facility. The case against him was under number 511 382 and was referred to “authorities against journalist German Galkin”. He was accused of posting defamatory texts.

The prosecution considered that Rabochaya Gazeta published defamatory statement aimed as representatives of regional authorities. The victims in the case were Andrey Kosilov and Konstantin Bochkarev, two deputy-governors of Chelyabinsk region. Governor Pyotr Sumin did not file claims to law enforcement agencies.

Kosilov, when commenting on the court ruling, said the verdict would be used as grounds for another criminal case against Rabochaya Gazeta. And namely, against Russian State Duma deputy Mikhail Yurevich, who allegedly edited defamatory texts with Galkin.