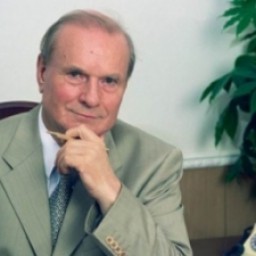 Demin graduated with honours from Moscow Timiryazev Agricultural Academy. He is an honourary Professor of Moscow State University of Applied Biotechnology.

In 1977-1990 he was deputy chairman of the State Committee on Prices in the RSFSR and took active part in the development and implementation of market reforms in the economy.

In 1991 he established Exima foreign trade company and in 1993 he headed it.

Since 1998 he has been general director at Mikoyan meat processing plant.

Awards: Order of merits for the Fatherland, II degree (1996).

Ministry of Agriculture of the Russian Federation Medal for Contribution to the development of agro-industrial complex of Russia (2003).

Medal of the National Prize of Peter Stolypin for Contribution to the implementation of State Agriculture Development Programme (2009).

In 2003 he was in the list of 1000 Russian most professional managers.

In the early 1990s on the recommendation of Mikhail Tikhomirov, the chairman of Russian Sambo Federation, Zemland-Exima limited liability partnership was established in Kaliningrad, where it was headquartered on tennis courts. The founders were Anatoly Khlopetsky and Moscow-based Exima owned by Demin. The first commercial operation was remarkably successful, for Khlopetsky. But not for Demin.

Exima entrusted Khlopetsky to market goods, a shipload of sugar and a shipload of onions that came through Kaliningrad sea port. Khlopetsky did market it. He sold part of it and gave the rest away to his friends. But Exima never got the money, about $ 100,000. Khlopetsky explained that the product was not in demand and he could not sell it.

On 3 May 2007 an accident resulting in ammonia emission took place on the premises of Mikoyan meat processing plant. The accident occurred at 2.15 Moscow time and was caused by a road accident. The car of the German supplier damaged the pipeline with ammonia. One person died, two were hospitalized.

Rostekhnadzor (Federal Service for Ecological, Technological and Atomic Supervision of the Russian Federation) set up a commission on the elimination of the consequences and on the investigation of the causes of the emergency, said the federal service. The commission headed by Vladimir Kosolapov, chief of Rostekhnadzor in Moscow, worked for about two weeks.

In 2008 Vozrozhdenie bank saw changes in its board of directors composition. According to the materials for the meeting of shareholders, Mikoyan meat processing plant general director Nikolay Demin, Valentina Kabanova, and Rustem Usmanov who chairs the board of directors in Arkhangelskiye Almazy were no longer on the board. Among new members there were the former finance minister Vladimir Panskov, Vneshtorgbank board of trustees chairman Yuri Poletayev, and managing partner of Brysam fund Robert Willumstad.

From 23 to 26 November 2010 Rostekhnadzor Moscow office conducted a planned inspection of Mikoyan meat processing plant JSC. In the course of the check inspectors spotted 15 violations of industrial safety requirements. In particular, there had been no examination on industrial safety of evaporative condensers, pipelines of cold storage, and pipelines of liquid and gaseous ammonia in no. 1 sausage factory.

The inspectors drew up a report on the check and issued an order indicating the timeframe in which the company must fix all found violations. Two natural persons and a legal entity faced administrative charges.

Up until 2009 Nikita Gordeyev, who is a member of Ryazan region Duma and co-owner of a large agricultural holding, and also the son of Aleksandr Gordeyev, the Minister of Agriculture of Russia, worked for Exima owned by Nikolay Demin. In Moscow Exima owns Mikoyan meat processing plant; in the city of Orel it works on the project on pig breeding. This issue was close to Gordeyev Jr. who “grew up in agriculture”. But he did not stay long in the company. In 2009 the American Alta Genetics, the world's largest private genetic company in cattle breeding, decided to open a representative office in Russia. Exima former lawyers headed the representative office and Gordeyev became its commercial director.

In summer 2011 Mikoyan factory suffered from a fire, one of the largest in that year. An hour after the fire broke out, it spread over the area of ​​2000 square metres. Smoke from the conflagration spread to hundreds of metres. One could hear explosions that might have been gas cylinders. The fire was immediately assigned Category 4 of the five possible. Several fire engines and helicopters arrived to put it out.

They dropped water in turns trying to extinguish the fire, but to no avail as the thick black smoke from the fire rose to a height of 50 metres. Only on the next day did they manage to extinguish the conflagration.