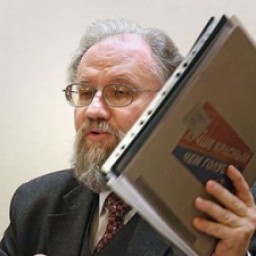 In 1992 - 1995 he was chief specialist of the Foreign Relations Committee (FAC) of St. Petersburg City Hall.

In 1995 he was appointed deputy chairman of the Committee, head of regional cooperation department. He worked under the leadership of Vladimir Putin, who headed the FAC together with Aleksey Miller and Igor Sechin.

In 2000, retaining the post of deputy chairman of the FAC, Churov became head of international cooperation department.

In December 2003 he was elected to the State Duma as member of the Liberal Democratic Party. In the parliament he took the post of Deputy Chairman of the Committee for the Commonwealth of Independent States (CIS) and relations with compatriots.

On March 26, 2007 he was elected unopposed to the Central Election Commission (CEC) as member representing the State Duma. The next day he was elected chairman of the CEC, succeeding Aleksander Veshnyakov.

Order of Friendship, awarded in 2004

Medal of Merit for the Chechen Republic

Honourary Certificate of the Chairman of the State Duma

Honourary Certificate  of the mayor and the governor of St. Petersburg.

In 2010 Churov earned 3.5 million rubles. According to the tax declaration, he does not own vehicles and owns no housing. The 106.5 square meters apartment that his family lives in is only rented by Churov.

Churov is married. His wife’s name is Larissa. They have a son Yevgeny.

Churov was the only official in St. Petersburg City Hall Committee on Public Relations, who could come dressed as Ded Moroz (a Slavic character similar to Santa Claus) with a bag of presents for the New Year for his colleagues at work. Many believed that Churov did so with far-reaching plans, in case someone became a high-ranking official.

In June 2003 Churov was among the candidates for membership in the Federation Council of the Legislative Assembly of Leningrad Region. Damir Shadayev, a businessman, was then elected senator. However, already in July his election was overturned by Vyborgsky court. Media considered the removal of Shadaeva to stem from the fact that he allegedly did not suit the Kremlin, which wanted to see Churov as the senator from Leningrad. However, Vladimir Churov never became the senator. Later he was elected to the Duma on the LDPR party list. Shadaev was on the same list. Churov explained clearly his position as to being a party member: although he was elected as member of LDPR faction, he never entered the party and always remained nonpartisan.

During nearly three years in the Duma, the current head of the CEC did not make a single speech or report, a single deputy's request. He never took part in the discussion, made no comment concerning sessions of the Duma, and made no proposals on the agenda.

On January 30, 2007, just before Churov was elected to the CEC, the Duma passed an amendment to the electoral law in three readings under which the Central Election Commission members were no longer required to have a degree in law. In the debate in the Duma, it was suggested that the United Russia wanted to "push its men through to the CEC." United Russia justified the passed amendments in a very peculiar way. For example, Pavel Voronin, member of United Russia, claimed that "diploma in law is the easiest to obtain, one can simply buy it", and thus education meant nothing in this case.

As it turned out, deputy Voronin’s words described well the situation at present. In April 2007, newly elected CEC Chairman Churov in an interview revealed many interesting details about the methods of election fraud. The same interview suggested that there were only two laws of Churov:

In the interview Churov also pointed out one of his main positive skills, namely the ability to get along with anybody, especially when it comes to obtaining such a high post as chairman of the CEC. He showed a fatherly concern for keeping the electoral process away from reach of the cameras that would violate the secret ballot concept.

In 2008 the Supreme Court review of the claim by SPS on the abolition of the results of December's State Duma elections ended in a scandal. Despite the protests of representatives of the Central Election Commission and the prosecution, the court obliged the Central Election Commission head Vladimir Churov to present his letter to the European Court of Human Rights in which he responded to the SPS complaint regarding withdrawal of party campaigning materials from circulation. From the letter it became clear that data on SPS, which the CEC provided to the European Court, did not coincide with that publicized by the Commission of the Supreme Court.

According to the Federal State Statistics Service as of 2008, the Central Election Commission officials were the richest in Russia. The Central Election Commission had the highest wages among other federal government agencies. Federal State Statistics Service calculated that in the first quarter of 2008 average salary of civil servants there was 78,300 rubles. That is even more than in the presidential administration, where the average civil servant salary was 66,900 rubles, or in the government with average salary of 59.4 thousand rubles.

On October 11, 2009 in a number of Russian regions held elections. In Moscow there also were elections to the City Duma. In almost all regions United Russia won most seats in the legislative assemblies. Communist Party, LDPR, and Just Russia claimed numerous cases of fraud and demanded the resignation of Churov. The head of the CEC said that there were no gross violations during the elections and called the opposition move "politically motivated". After meeting with the opposition on October 26, 2009, President Dmitry Medvedev asked Churov to take identification of "roughness” into account in further work by the CEC.

On September 12, 2011 a protest rally was held before the building housing the Central Election Commission of Russia. Protesters opposed to election fraud. They had banners and shouted slogans like "Your elections are a farce!", "Elections without opposition is a crime", "Churov, shaved bald". The last slogan referred to Churov promising to shave his beard if there would be any cases of fraud during the previous Duma elections. After that, the protesters booed the CEC head. At the end of the protest rally, the participants burned several photos of Churov and left razors and shaving cream in front of the CEC in case if Churov would want to personally fulfill his promise. Contrary to tradition, the rally was not broken up and its organizers were not arrested.