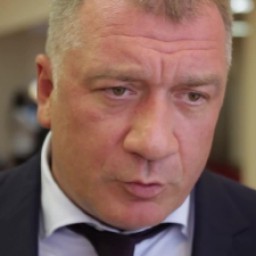 Date of Birth: 06/30/1970
Place of birth: Leningrad
Marital status: Married, two children
Position: Member of the Legislative Assembly of the Leningrad Region
Education: St. Petersburg State Polytechnic University; St. Petersburg State University of Economics and Finance
From 1991 to 1997 ran "Chesma", tour operator, which organized activities for reception of foreign tourists in Russia and CIS countries
1997-1998 - General Representative FGUAP "Pulkovo" in Germany
1999-2007 - The general representative of the German company «PulExpress GmbH» in Russia
2007-2009 - Chairman of the Board of Directors of the Russian company "PulExpress"
In 2009 he was elected as head of Slantsy Municipal District of Leningrad Oblast
In 2011 became a member of the regional parliament on the list of "United Russia"
In 2015, he left the party "United Russia"

Member of the Legislative Assembly of Leningrad Region Vladimir Petrov proposes to amend the Tax Code, which will include the fee for a possible forest sausage frying or barbecue.

Deputy elected to the local parliament of the "United Russia" (resigned from the party in June 2015 due to a conflict with the leadership of the regional cell) proposes to introduce a fee of 500 rubles for lovers of barbecue in the open air. According to Vladimir Petrov, such a tax would cover the costs of municipalities for garbage collection in the woods. Tax payment in the relevant authorities will allow having a license-permit to rest and barbecue in the forest, as suggested by the MP for 3 months.

As for the payment of any tax, benefits are provided here. Representatives of indigenous peoples of the North, Siberia and the Russian Far East will be exempt from tax. The tax will not pay those who came to the forest to prepare the wood, collect medicinal herbs, to conduct research and to hunt. MP offers a fine of 5 thousand rubles to violators.

Earlier, the deputy Vladimir Petrov famously sent SBV Leningrad Region a bill which proposed to give the representatives of the authorities self-sticks for photos with the public.

In recent years, the name of Vladimir Petrov appeared in the media in connection with provocative statements. So in 2013 the deputy of the regional Legislative Assembly appealed to US President Barack Obama to include him in so-called "Magnitsky list" - a list of officials who are banned from entering the United States. MP even attached scanned copies of the Russian and foreign passports, but US authorities probably are not interested in the identity of Petrov, and the name of Vladimir S. was not included in the list of "victims" of a political scandal. The MP decided not to cut relations with the United States and the European Union unilaterally which is evidenced by numerous property in Spain and Germany, which still appears in his declaration.

In May 2013 the deputy stated that he intended to give up the monthly cash allowance of 100 thousand rubles, and even sent an official appeal with a request to transfer him to the realization of deputy powers on a temporary basis., He explained such a step that he considers unethical to receive higher wages for attending one session and meetings of the two committees in a month. At least the deputy frankly outlined the number and quality of their work for the benefit of the people. At the same time, however, the fact that according to the official declaration Petrov is one of the richest deputies of the Legislative Assembly of the Leningrad region - for the last year of his income amounted to nearly 240 million rubles, was not left unnoticed by journalists.

In 2014, the deputy took up such burning topic as New Year celebrations and turnover of alcohol. First he proposed to allow the retail sale of champagne and sparkling wine on the night from December 31 to January 1 and then introduced an amendment to the regional law allowing children be on the streets of the city at New Year's Eve. In February 2015, he offered to make September 19th  a single Day of Sobriety, when the sale of alcoholic beverages is prohibited everywhere.

But, perhaps, the loudest glory deputy brought ... pigs Igoryok and Porosenko. In the spring of 2015, Vladimir Petrov announced the beginning of an unusual experiment which purpose was - to see how the two animals can survive on the minimum wage set for a human. Information about the experiment reached the federal TV channels., Even Ivan Urgant said on his show about Igorek and Porosenko and singer Fyodor Chaliapin helicopter sent bananas for one Piggy. In April 1st  even a joke has passed in the media that Igorek died of starvation. In order not to frustrate the readers who followed the fate of the two heroes Vladimir Petrov hastened to deny this information.

Sergei Yakhnyuk, vice-governor of the Leningrad region, in charge of agriculture denied the practical use of experiment. According to him, the experiment cannot be called a success, as the monthly set of one pig is actually much lower than the minimum wage.... However, the experience seems to have strengthened Petrov’s intention to run for the post of head of the region - if the pigs survived, then the citizens can hope to do it under his leadership.

The MP, who often attracts attention, even in the election campaign proved to be a great original. Responding to the 25 "unexpected" questions to participate in the primaries of "United Russia" in the elections of the governor of the Leningrad region, he quoted liberally the SS Mueller of "17 Moments of Spring", and confessed that as a child dreamed of becoming a deputy of Shelenberg. And, for example, to the question: "What current affairs in the world have influenced you most?" he replied: "Stirlitz, I had a nightmare, now in 2015, the German Chancellor is a woman, instead of torchlight processions - gay parades, and we follow the instructions of the negro from America. "Despite the fact that the participants of the meeting discussed in the regional political council, first, whether the party can trust this "joker" but in the end, 28 participants voted for Vladimir, that was enough for his entry in the list of primaries. A decisive role played the opinion of Alexander Drozdenko, who considered that the election campaign should not begin with accusations in undemocratic party procedures. In response, Vladimir Petrov withdrew his candidacy in favor of the Acting Governor, but the gesture hardly added him points in the eyes of his party colleagues.

Vladimir Petrov was known as a founder of the Leningrad Region a successful company "PulExpress", which account for 11 projects cottage villages in Priozersk, Vyborg and Vsevolozhsk district. In addition, Vladimir is the founder of as many as six suburban non-profit partnerships.

Now "PulExpress" is one of the largest low-rise developers in the region. From 2007 to 2009, Petrov was the chairman of this company, then went to power, becoming head of Slantsy Municipal District. That fact opened new opportunities for the  business man and his company.

Analysts attribute Petrov’s move to municipalities (lobbyists of other construction companies went the same way),  to the law on which from July 1, 2011 municipal deputies in Russia were forced to withdraw the right of agricultural land from those who did not want or was unable to take advantage of them. Later, if they refuse the land from farmers can be put up for auction and used for construction. Vladimir Petrov has repeatedly stated that "in the Leningrad region almost 500 thousand Ha is empty and offered to put them under the carpet construction, and programs of public-private partnership.

PPP is the old dream of Mr. Petrov. Since 2010, he also became a regional coordinator of the federal project "United Russia" for the development of low-rise housing "Own House" (based on the federal program "Housing" and the national project "Affordable and comfortable housing"). The essence of the project was that  the state assumed the risk of the developer, guaranteeing the purchase of at least 25% of housing built at the expense of the budget and develop the infrastructure in new settlements from the budget. It is clear that this construction companies significantly reduce not only the risks but also the costs and requirements for the quality of construction as once the state guarantees to buy something that is built. The main thing - to negotiate with the clerk ... And for that we need connections.

The presence of links of Vladimir Petrov in the higher echelons of the regional authorities is not in doubt. One example of his ability to run a business - building the cottage settlement "three strands" in the Gladyshevsky complex reserve in the Vyborg district of Leningrad region. Building a conservation land is carried out both times the company "PulExpress" and the dubious legality of the activities over the past five years, supported by various officials, starting from the head of the Vyborg district of Leningrad Constantine Patraev (now the first vice-governor of the Leningrad Region) and the disgraced head of the Committee on Natural Resources Alexander Stepchenko and ending with governor of Leningrad region Valery Serdyukov, who personally made the order to release Gladyshevsky reserve for six months from any protection, and Alexander Drozdenko that was the chairman of the regional KUGI at the most critical period of the struggle for the PA.

One of the most influential patrons of Vladimir Petrov is considered to be eternal Vice Governor Sergei Kozyrev: from 2005 to 2011, he held the position of the Government of the Leningrad region, and is now in a similar position in the administration of St. Petersburg. It is Sergei Kozyrev who observers have called the main interested party in the development of Gladyshevsky reserve if he has a direct connection with "PulExpress."

Kozyrev denied this, stating that "PulExpress", by contrast, was his competitor, when Sergey was simple businessman.

Meanwhile, the best confirmation of rumors that Vladimir Petrov really enjoys the patronage of the strengths of the region is his career. In 2011 he was elected to the Legislative Assembly of the Leningrad region. Unfortunately, the election victory was not without a scandal. Together with Petrov for 25th Slantsevsky District competed a strong candidate - at that time the leader of the LDPR fraction Alexei Bondarenko. However, he was not registered as a member of the election committee - alleged that he collected signatures from employees of the city administration in their working hours. Bondarenko tried to challenge the decision in court but in vain. "Remove from the region and clear the way of leader of Slantsevsky area businessman from United Russia Vladimir Petrov - there is such an order," said after the court Alexei Bondarenko.

In 2012, Vladimir Petrov was awarded the Diploma of the Governor of the Leningrad Region "For the great contribution and fruitful work for the organization and holding of elections of the President of the Russian Federation." Due to the number of violations which were reported by independent observers in these elections, this award give its owner a very clear assessment.