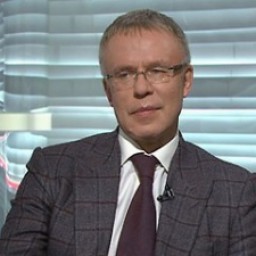 Vyacheslav Fetisov (born 20 April 1958) debuted for the CSKA Moscow’s junior team in 1970. In 1976, he traveled to Canada as part of the CSKA’s junior team’s tour to North America.

In 1975-1989, he played for the senior team of CSKA. He was the team’s captain. He was also the USSR national team captain for a long period, though with interruptions, until 1988. In 1994, he played for Spartak Moscow.

In the Soviet and Russian Championship League he reeled off 153 points in 480 games.

On 11 December 2009, Vyacheslav Fetisov played for CSKA Moscow in one-game return. The event was aimed at attracting audience to the games of the club, to ice hockey and newly established Kontinental Hockey League.

In 1994, he was a manager of Spartak Cup ice hockey tournament.

In 2002, Fetisov was appointed as chief coach and general manager of the Russian national team for the Olympics in Salt Lake City.

April 2002 - March 2004 chairman of the RF State Committee for Physical Culture and Sports, or Goskomsport

March-November 2004 head of the RF Federal Agency for Physical Culture, Sports and Tourism

November 2004 - October 2008 head of the Federal Agency for Physical Culture and Sports, or Rossport

On 17 October 2008, he was elected the member of the upper chamber of the Russian Parliament. He headed the chamber’s Commission for Physical Culture, Sports and Developing the Olympic Movement.

In October 2008, he became the chairman of the board of the Continental Ice Hockey League, or KHL.

He holds a title of Honoured Worker of Physical Culture (2008)

Vyacheslav Fetisov is married and has a daughter Anastasia.

In the early 1990s, Fetisov defected to North America. Fetisov took a straight track and signed a deal with the NHL, bypassing Sovintersport, the state agency that handled commercial ventures, involving Soviet sportsmen. Thus Fetisov could avoid paying taxes that went to fund the Soviet sports clubs and sports federations.

It was time of the perestroika and Soviet media portrayed Fetisov as a freedom fighter who did want to give money to corrupt hockey officials. World chess champion Garry Kasparov, Fetisov’s close friend, supported him, helping Fetisov to get official permission to play in the NHL and encouraging him in his desire to play in North America.

Fetisov’s employed anti-corruption rhetoric, promising to sponsor the club, which he debuted for - CSKA Moscow. However, Fetisov has never been reported to donate to the club.

Although at the 2002 Olympics in Salt Lake City Russian national team, which Fetisov managed, won only bronze, president of the Russian Olympic Committee Leonid Tyagachev promoted Fetisov to the head of Goskomsport, the state agency responsible for the national teams. Hardly had Fetisov entered the office, he began to criticize the system of managing sports in Russia and asked to give his agency more power. Fetisov was dubbed the “haughtiest official” and gained the bad reputation for triggering conflicts in the Goskomsport. He was blamed for establishing absolutely ineffective organizations, such as Sports Confederation, which only increased the number of bureaucrats, and for using dated doping laboratories, which resulted in a number of Russian athletes being disqualified during the Olympics in Athens.

To tell the truth, such allegations could come only from those people who had interest in promoting more up-to-date doping drugs or who were disappointed by the fact that Fetisov pushed them away from public funds for sports. Most of the allegations were not at all objective, however there were facts that raised suspicions. For instance, the Goskomsport invested huge funds in the sports events, paying to ordinary judge at school sports competitions more than a judge at the Olympics usually receives, according to the financial reports.

For a number of times, Fetisov targeted president of the Russian Ice Hockey Federation Alexandr Steblin. In November 2005, Fetisov accused Steblin of ineffective management of the organization and focusing on the wrong priorities, which resulted in the poor performance of the Russian players and absence of new names in Russian hockey. Fetisov also accused the head of Hockey Federation of ‘selling Russian hockey’ and destroying the sports. New accusations appeared the same month: Fetisov said that Steblin helped the NHL to rip off Russian hockey clubs by selling the stars. Fetisov had absolutely no basis to substantiate the allegations.

When in May 2006 Steblin asked Fetisov to help him in organizing the ice hockey world cup tournament, the latter refused and targeted Steblin again in a stinging interview, saying Steblin was ineffective manager.

In January 2006, while out-of-favour Steblin was attending the European Champions Cup’s final in St Petersburg, he got drunk and insulted Russian and international ice hockey officials, including the International Ice Hockey Federation president Rene Fasel. He also struck a sports journalist.

Shortly before Steblin’s resignation late in May 2006, his daughter Anjelika made a statement. She claimed that at the time when incident took place Alexander Steblin had been poisoned by psychotropic substance. Anjelika accused Fetsiov of poisoning him.

In August 2008, in an interview Fetisov said that there were tensions between him and minister of sports, tourism and youth policy Vitaly Mutko. During the whole period of his work a government functionary, Fetisov said, he always had to meet with resistance from sports officials, who were ‘lazy bones and phrasemongers’ and ‘did nothing but throw dust in the eyes’. Fetisov said that he did not plan to stay in the government after his agency would be shut down and its functions would be given to the Ministry of Sports, Tourism and Youth Policy.

After the scandal, Fetisov continued enjoying protection from Vladimir Putin. He became an MP and chaired the upper chamber’s Commission for Physical Culture, Sports and Developing the Olympic Movement in the Russian parliament. The Rossport was indeed abolished, and its functions were given to Mutko’s ministry.

On 21 January 2012, CSKA Moscow president and KHL chairman Vyacheslav Fetisov quitted both posts. The motive for the move was Fetisov’s conflict with state oil major Rosneft that had stepped up to support the debt-ridden club. Fetisov claimed that CSKA general manager Sergei Nemchinov offered him a payout of 30% of the club’s budget for quitting the post. The fact that Fetisov revealed the offer makes it clear that he refused to accept the payout.

Fetisov also accused Rosneft chairman Eduard Khudainatov and vice PM Igor Sechin of pressing him out of the club. After leaving hockey, Fetisov said, he would focus on politics. He had already said that he did not support the protest movement, which fledged in December-February 2012 after allegations of the election fraud during the 2011 State Duma Elections.